Start a Wiki
Training is a big part of the RPG system. You need to train in order to level your basic stats which are your Attack, Magic Attack and Defence. Well as of August 2019 this statment is only half true. As now leveling your character will add to your Attack, Defence and Magic Attack.

The command to train is [nya!rpg train], the training is random.

You gain levels by making your Equipment and leveling your character.

The image to the right is a combination of the Attack, Magic and Resistance images shown on your profile. As of May 2019, the image of Attack has been updated.

Players are only allowed to train 300 times every twelve hours. While Patron players are able to train an extra 100 times per tier. 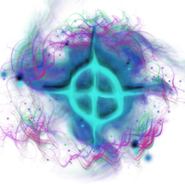 Magic Level
Add a photo to this gallery

You're limit has been reached

Basic Stats
Add a photo to this gallery
Retrieved from "https://neko-bot-rpg.fandom.com/wiki/Training?oldid=1529"
Community content is available under CC-BY-SA unless otherwise noted.